How do you Communicate with your Community?

It is only 2 or 3 decades since communication was done by telephone, mail or face to face and all documents were stored in paper or hard copy files. Today the internet and associated devices such as computers, laptops, tablets, mobile devices, etc, are seen as a necessity rather than a luxury. 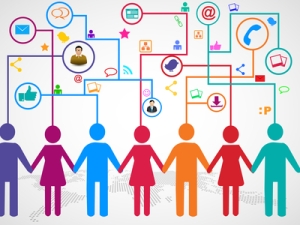 Within the UK of those without internet access, 64% felt they didn’t need the internet as it was regarded as not useful or interesting. A further 20% felt they lacked skills and 12% reported that they had access to the internet elsewhere. (Source:ONS: Internet access – households and individuals: 2017)

There are therefore sections of our population who either do not have or choose not to have digital access. Coupled with the fact that our use of technology is still evolving making it harder for sections of our communities to keep apace with the changes. For example, in social media Facebook, which only emerged 14 years ago is now being abandoned, by young people, for its little sister, Instagram. Reflecting the mobile engagement of the times. Figures from Nielsen Book Research UK survey of 2016 reveal that e-book sales are falling while sales of paper books are growing – and the shift is being driven by younger generations.

The advent of new technologies has changed how we interact, how we communicate and some of our reading habits. Within communities we need to inform and communicate with people both in digital and non-digital formats in order to reach all sectors. What do you find are the best means of communications with your communities? Share your ideas of what works. for you.