Milk Bottles to Postcards: An Interview with Brian Watt

Brian Watt is the local historian and collector that has contributed the old postcards for this months competition.  We interview him here to find out what he loves about old pictures, what happens at the Grampian Postcard Club and what his council job in Environment Planning involves. 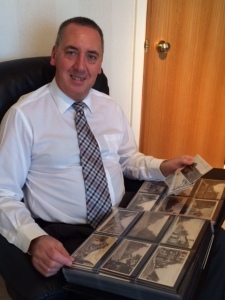 Brian grew up in Glasgow and came up north in 1979 to work for the then Kincardine & Deeside District Council.  At that time his role was to help develop The Local Plan (now The Local Development Plan) which sets out the housing and development strategy and allocations for the area.  After that and before his current title, he took on a project development role and was involved in, for example, the Bay Walk and the station improvements in Stonehaven. 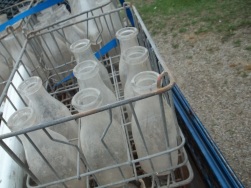 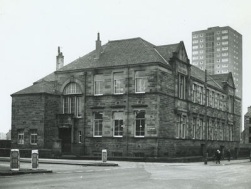 We asked Brian about his memories of school and he spoke with fondness of his primary years with thoughts of cold winter mornings trekking across the playground to an outbuilding to collect the crates of often partially frozen bottles of milk to take back to the classroom.

When we asked whether he’d collected and swapped cards or toys as a child, he said he hadn’t and that it seemed that postcard collecting was something that people tend to get into later in life – not so many youngsters at the postcard fairs!

Getting Into Postcards & Postcards Getting All Over!

It was a colleague that introduced Brian to postcards in the early 1990s and it must have tripped his interest in local history because he had soon bought his first card from an antique shop in Alford.  In the subsequent 25 years, he’s notched up more than 25,000 in his personal collection! 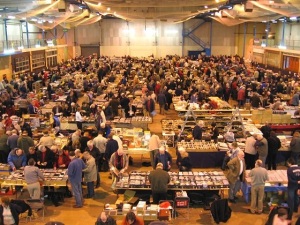 There are postcards fairs all over the country with big ones in Perth and York.  He’s even found postcards of Aberdeenshire sights on market stalls in places as far flung as Malaysia and the Australian outback!

Of course, Brian says, online trading has opened up new markets for postcards and this is often reflected in the prices paid with cards regularly going for up to £100.  The most he has paid was £75 for a card of a whale beached at Catterline. 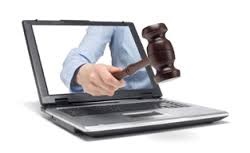 When asked why he collected postcards there was a searching pause that seemed to say ‘how do you put the feeling into words?’.

He mentioned ‘the views, the buildings, the events’ and said he just likes local history.  His interest in our built and natural environment came through when he answered how he felt our communities had most changed – ‘the standard of design and the of uniqueness of individual villages have often been lost as a result of much of the property development we’ve seen over recent decades’.  There are places, he says, that have been affected less and these are often those that have been designated with Conservation Area status which places greater criteria considerations on building and planning applications.  This is something his current Council role involves and he described how communities are involved in deciding whether this status is assigned. 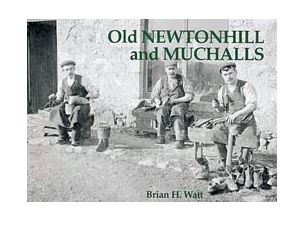 Brian has produced two published books on the local area  – Old Newtonhill & Muchalls and Old Stonehaven.  They are a combination of postcard images and descriptive narrative and these projects have further fuelled his collecting so that he can be sure that his books feature pictures not previously published.

The books have been available in local outlets such as the Tolbooth Museum and the Shell Hoosey as well as local libraries.  The best place to get hold of you own copy now is through the Stenlake Publishing Website – http://stenlake.co.uk/tvcs.htm OR enter our Facebook Postcard Competition – Brian has donated a copy of each book as a prize!

In case you worried that postcard collecting was a lonely hobby, it’s not! Online trading has developed a global network of enthusiasts with places like China, Russia and the Balkans growing as markets.

A more local opportunity for like-minded collectors to gather, buy, sell and exchange is the Grampian Postcard Club.  It meets on the second Monday of each month at the Community Centre in Inverurie.  We interviewed Brian on the second Monday in October and that evening they were getting a presentation from Udny Heritage Society called ‘Fae Horse to Tractor’.  He said the Club was a great opportunity to hear local history from local people.

The Club currently has 25 members and they are always happy to welcome new ones.  If you would like to find out more or get involved, you can contact Brian as the secretary at b.h.watt@btinternet.com

We’d like to thank Brian for supplying some great images for our competition this month! We’re sure you will too when you check them out at www.facebook.com/kandmcommunities .  See if YOU can recognise more than we did!